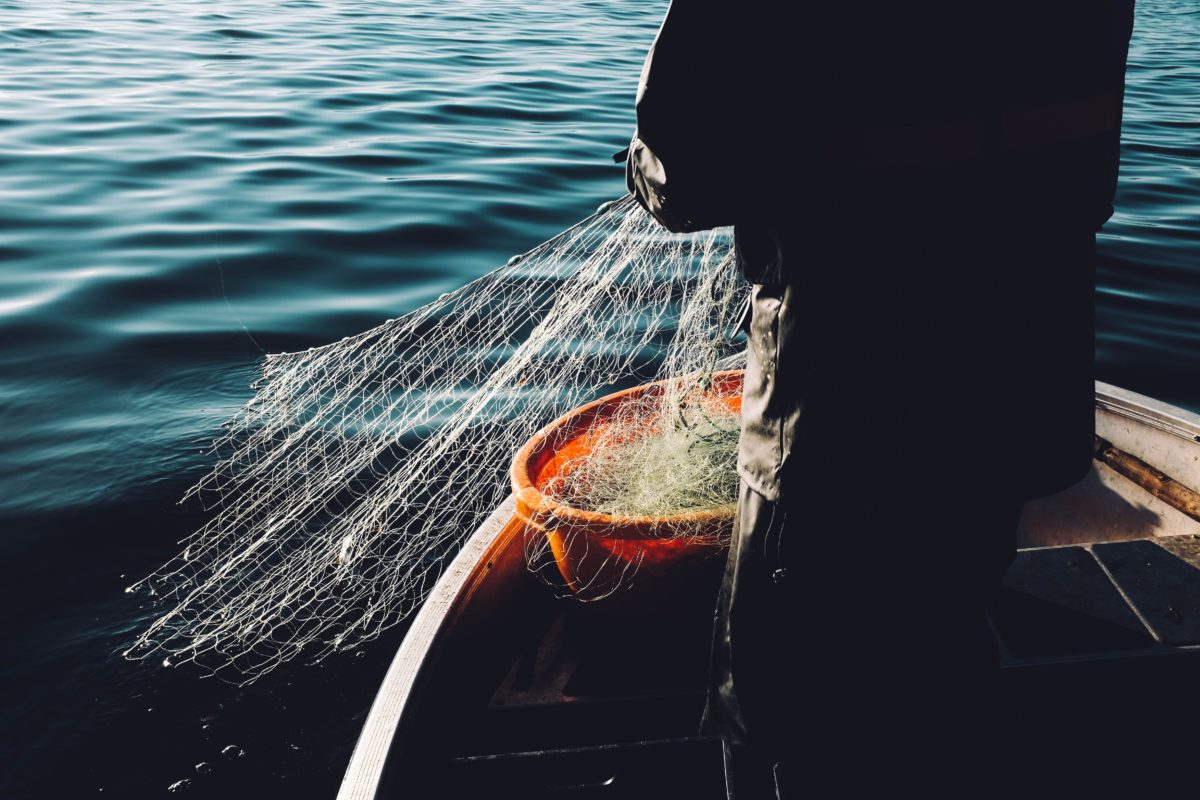 “His partners, James and John, the sons of Zebedee, were also amazed. Jesus replied to Simon, “Don’t be afraid! From now on you’ll be fishing for people!” John 5:10 (NLT)

Big Idea: The Son of Man calls us out to bring people in.

Jesus’ public ministry was not one that He would accomplish alone. He knew that His time was short because a cross loomed in the distance and He would need to gather a group of people to carry on His ministry. He built an institution that persists to this day — the church — and laid the groundwork for everything else which would come on the seashores of Galilee. Simon, one of John’s disciples, loaned Jesus His boat to use as a platform to preach to a crowd; Jesus then miraculously gave Him a massive catch of fish. Peter, who had heard of Jesus from John, had heard Him teach, and seen His power was now faced with a choice. It was time to leave fishing for fish to start fishing for people.

Later in the chapter, Jesus continues His ministry of healing and preaching, until He came across a tax collector, named Levi (to us, he is better known as Matthew). Tax collectors were a despised group of people. Considered religious and political traitors for their alignment with the Roman Empire, they were so hated that the Pharisees and scribes would not eat with them. Jesus invited Levi to follow Him, and Levi did what Jesus had told the fishermen to do earlier: he threw a party to introduce people to Jesus. The Pharisees challenged Jesus, asking why He would eat with these tax collectors and sinners. Jesus described His ministry simply as a doctor, who needed to be among the sick to do His work (Matthew 5:31-32).

Peter, his brother Andrew, the brothers James and John, and Matthew would be the first apostles, the ones that Jesus sent out to preach the good news that He brought. Jesus does not use perfect angels to bring His message but calls ordinary people out of ordinary life to do extraordinary work. Peter and the others were just like any other sinners, they were fishermen, not rabbis or scribes, and James and John’s nickname was “the sons of thunder,” for their riotous tempers. But God used these imperfect people to reach other imperfect people: the men who had been caught will now do the catching. They left everything behind, boat, fish, and family, and followed Jesus (Luke 5:11).

Discussion Idea: Who is someone that you can talk to about Jesus this week? How does knowing that we have been pulled out of sin motivate us to try and rescue others?

Prayer Focus: Thank God that, although we are not any better than anyone else, we have been saved by His grace. Ask Him for eyes that are open to others we can reach for Him.