One Thing is Certain 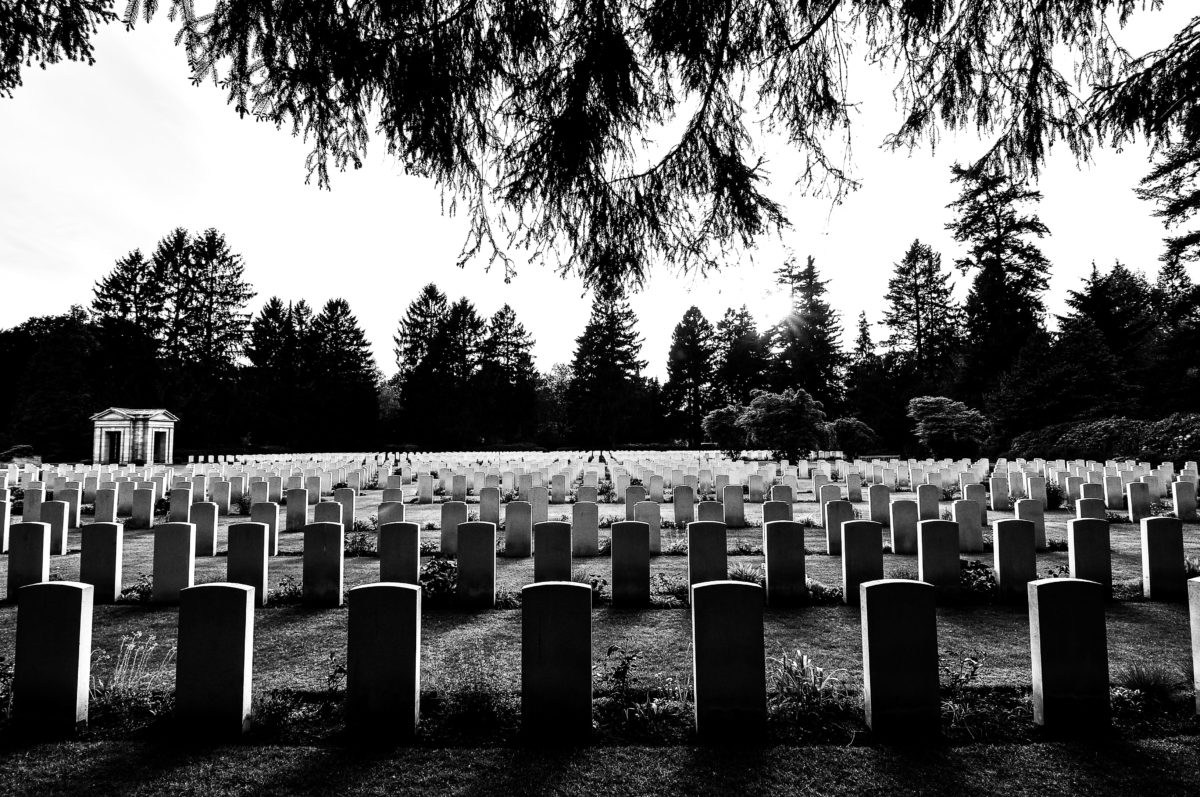 “While we live in these earthly bodies, we groan and sigh, but it’s not that we want to die and get rid of these bodies that clothe us. Rather, we want to put on our new bodies so that these dying bodies will be swallowed up by life.” 2 Corinthians 5:4 (NLT)

Big Idea: Even the weakness of our death is swallowed up by the life of Christ.

As I write this (just after midnight, late once again), I know that in just a few hours I will be preaching on this same text. There is a special poignancy in knowing that when we say, “if we die,” that is not like writing, “if I win the lottery.” Death is certain, unless the Lord returns and puts an end to it, and is closer than it has ever been. Historians estimate (a slightly more respectful alternative to “guess wildly”) that there have been 100 billion human deaths up to this point. Supposing for the sake of argument that this is true and that each of them is entitled to a 2.5′ by 8′ plot on death, and that between each grave is a 2′ wide path. Such a cemetery, with no roads, no benches, and no sculptures, would be about 80% of the size of the nation of Germany. If it were square, it would be well over 300 miles on a side. Of course, many of the dead of the past have long been lost. They have no home and there is no lasting memory of them. We are sliding down the same path.

Except, if you have read today’s chapter, you know that I have left a key part out. If our earthly house is dissolved, we have a new building to live in, made by God and eternal in the heavens. We are given the promise that if we have trusted Christ, we have been made new within and will one day be made new without. Not disembodied spirits floating on clouds in a neverending haze of bored harp twangs but given a new body, as much greater than our old body as life and glory are greater than weakness and death.

If God has given us such a glorious life, how could we do anything less than live it for Him now? Our chapter calls us to do that in a very specific way. We who are reconciled have been trusted with the work of reconciliation. Because we have heard and believed the good news of Jesus, we have an incredible responsibility to tell it to others. The Sinless One has taken on our sin, so we can take on His mission. He came to reconcile sinners, and it is our honor to do the same.

Discussion Idea: Does death or heaven feel more certain to you? Why?

Prayer Focus: Pray for the opportunity to be a minister of reconciliation today.