The Message is Jesus 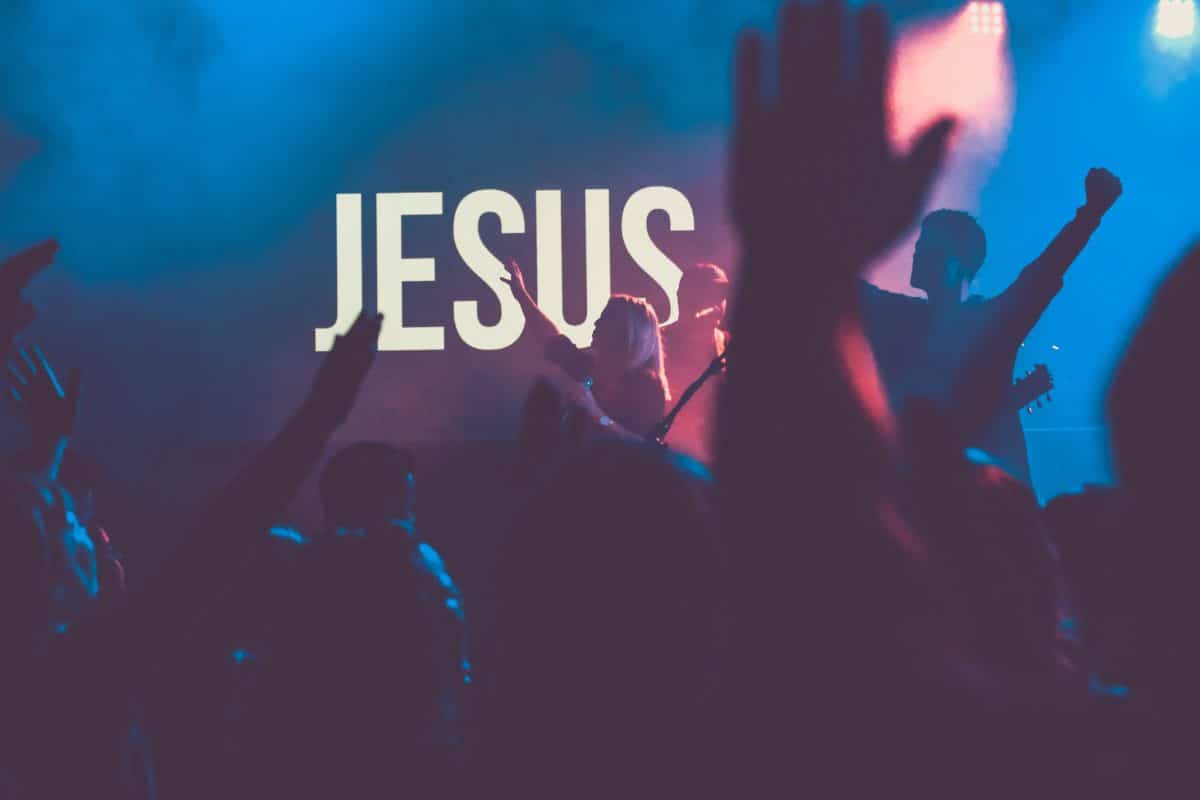 “Instead, it was something about their religion and a dead man named Jesus, who Paul insists is alive.” Acts 25:19 (NLT)

Big Idea: The message of the Church of Jesus is the work of Jesus.

As you were reading today’s chapter, did you notice an unusual character? Festus had replaced Felix as governor of the region and Paul, now in prison for two years, was finally given a chance to speak. His enemies, who had not been able to ambush him on the way from Jerusalem to Caeserea, decided that they might be able to get him on a return trip. But God had other plans and Paul instead exercised his right as a Roman citizen to appeal his case to Caeser himself, Emperor Nero. Before Paul was sent to Nero, however, Herod Agrippa and his wife Bernice came to visit Felix. Since Agrippa was Jewish himself, he was allowed to hear the case, although Paul would be sent to Caesar regardless.

If you have been following the narrative closely, you might be confused. Didn’t Herod Agrippa die in Acts 12? That was Agrippa I. King Agrippa here is Agrippa II. There are a lot of Herods to be aware of, and a brief review may be helpful. Herod the Great was the Herod from Jesus’ birth. He died about 4 BC and his territory was carved up between three of his sons and his sister. His son (by his sixth wife), Herod Antipas, was given Galilee and Peraea. He married his sister-in-law Herodias after she left her first husband, Herod II. John the Baptist opposed him for this sin, and it cost him his head. Herod Antipas later oversaw Jesus’ trial and died in AD 39. Herod Agrippa I was the nephew of Antipas, but also his brother-in-law (Herodias was his sister). He is the one who killed James the son of Zebedee and imprisoned Peter. He is also the same Herod that died back in Acts 12. His daughter, Drusilla, was married to Felix (who left Paul in prison for 2 years, hoping for a bribe) and his son, Agrippa II, is the one that we now meet, who will hear Paul’s testimony in Acts 26. 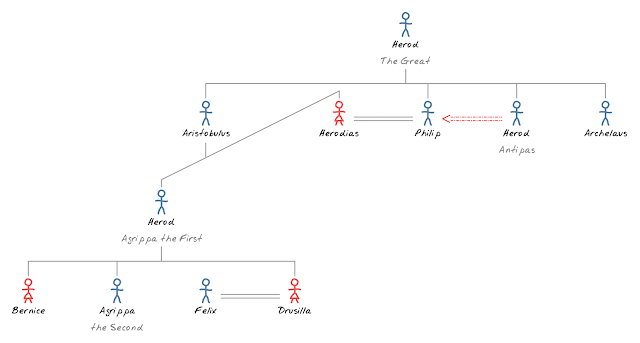 Two other things might help the timeline clear up: Drusilla and Felix had a son (also named Agrippa, because of course he was), who died in the eruption of Mount Vesuvius in AD 79 (some people think Drusilla also died there too). In Acts 23, when the high priest Ananias had Paul struck, Paul called him a whitewashed wall and said God would strike him. Although Paul did not know he was the high priest, his remark was true. Ananias, who claimed to be so devoted to his people that Paul must die, was actually a Roman collaborator and traitor to his people, who would die for his hypocrisy. He was murdered by a group of Jewish nationalists in the rebellion of AD 68.

What is the point of all of this historical background? Simply that we often think of the eruption of Mount Vesuvius and the Roman annihilation of Jerusalem as one kind of thing, and the Bible as another. But these events: Jesus’ miracles, His resurrection, Paul’s trial, and whatever else you care to name, happened with real people in space, time, and history. The Church of Jesus, that same institution assembled and commissioned in the Gospels, empowered in Acts 2, and persecuted by never eliminated in the long centuries since, does not preach a philosophy or set of techniques for living a better life. Her message is always the work of Jesus: a real man in a real time and a real place.

Discussion Idea: If our faith is based on actual, historical actions, what would you say to someone who says that it should just be a matter of private feelings and should not affect our public lives today?

Prayer Focus: Pray that Jesus would make us as aware of His reality as a friend sitting beside us or a King standing before us.