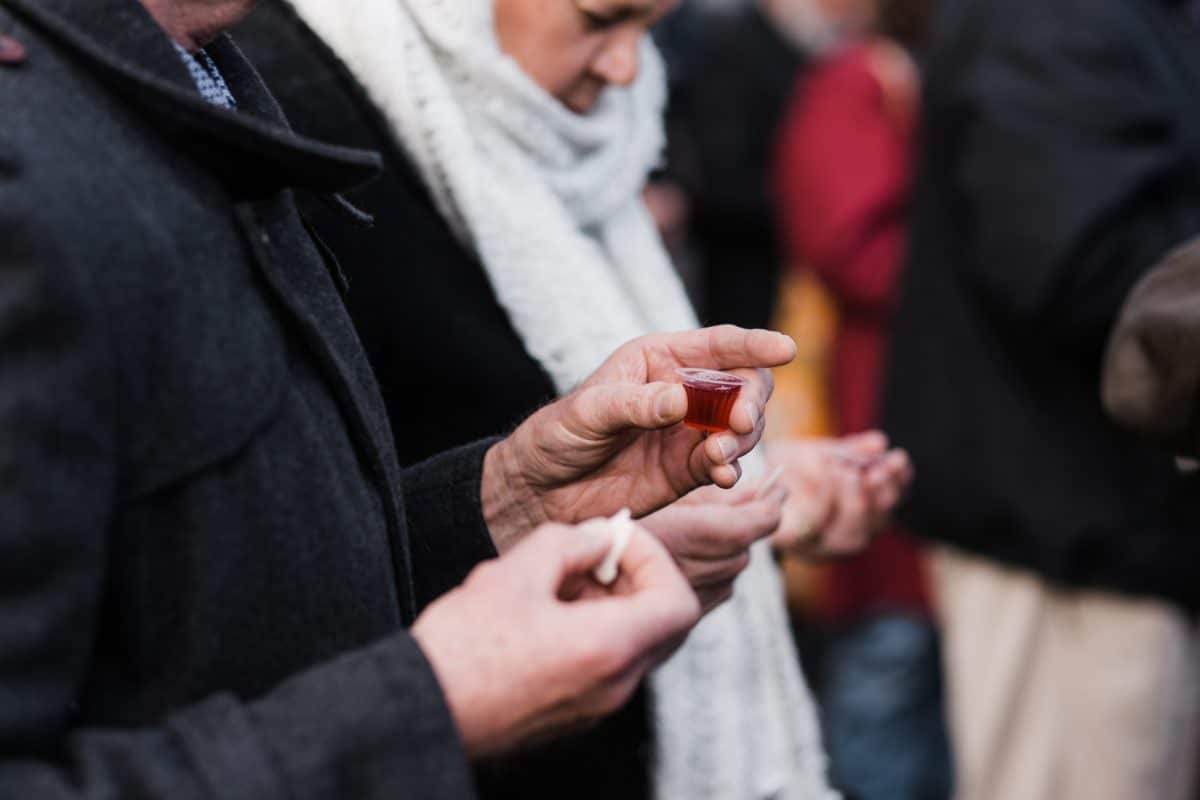 “He took some bread and gave thanks to God for it. Then he broke it in pieces and gave it to the disciples, saying, “This is my body, which is given for you. Do this in remembrance of me.” Luke 22:19 (NLT)

Big Idea: The Son of Man gave His life for ours.

On the night before He died, Jesus called His disciples together to celebrate the Passover. Almost the equivalent of Thanksgiving and Christmas combined, Passover was such a dramatic event in Israel’s history that the entire calendar was changed to make it the first month (Exodus 12:2).The feast, where each family gathered and ate a lamb, remembered the night that God delivered the Israelites from slavery in Egypt and truly made them a nation for the first time. But it also looked forward to the day that the slavery to sin would be broken by the blood of a new Lamb, who would make a new family, not of genetic ancestry, but of faith.

Jesus instituted the Lord’s Supper, one of two pictures He gave His churches, by refashioning the Passover. The unleavened bread would represent His sinless body, and the wine His blood. When they took the Lord’s Supper, they would reflect on how the loss of His life is what gives us the sustenance we need to live. But just as the Passover pointed both forward and backward, the Lord’s Supper has another element. It looks forward to the day when the risen Jesus returns and breaks the power of sin once and for all. The basis of our unity with one another is our simple dependence on God and our common hope in His return.

But before this symbol had been digested, one of the apostles, Judas Iscariot, had already betrayed Jesus into the hands of the mob that took Him to an illegal trial before the Sanhedrin. When Jesus waited on them to come and take Him away, He prayed alone. Beaten, mocked and denied by even Peter – Jesus knew it was coming, and proved it by instituting this supper. He could have stopped it, but He chose to give His life for ours.

Discussion Idea: Why do you think Jesus gave us symbols like baptism and the Lord’s Supper to serve as pictures of our faith?

Prayer Focus: Pray for the kind of two-sided perspective the Lord’s Supper teaches: one eye on the death and resurrection of Jesus and another on His return. May God give us the ability to have that point of view for our lives.