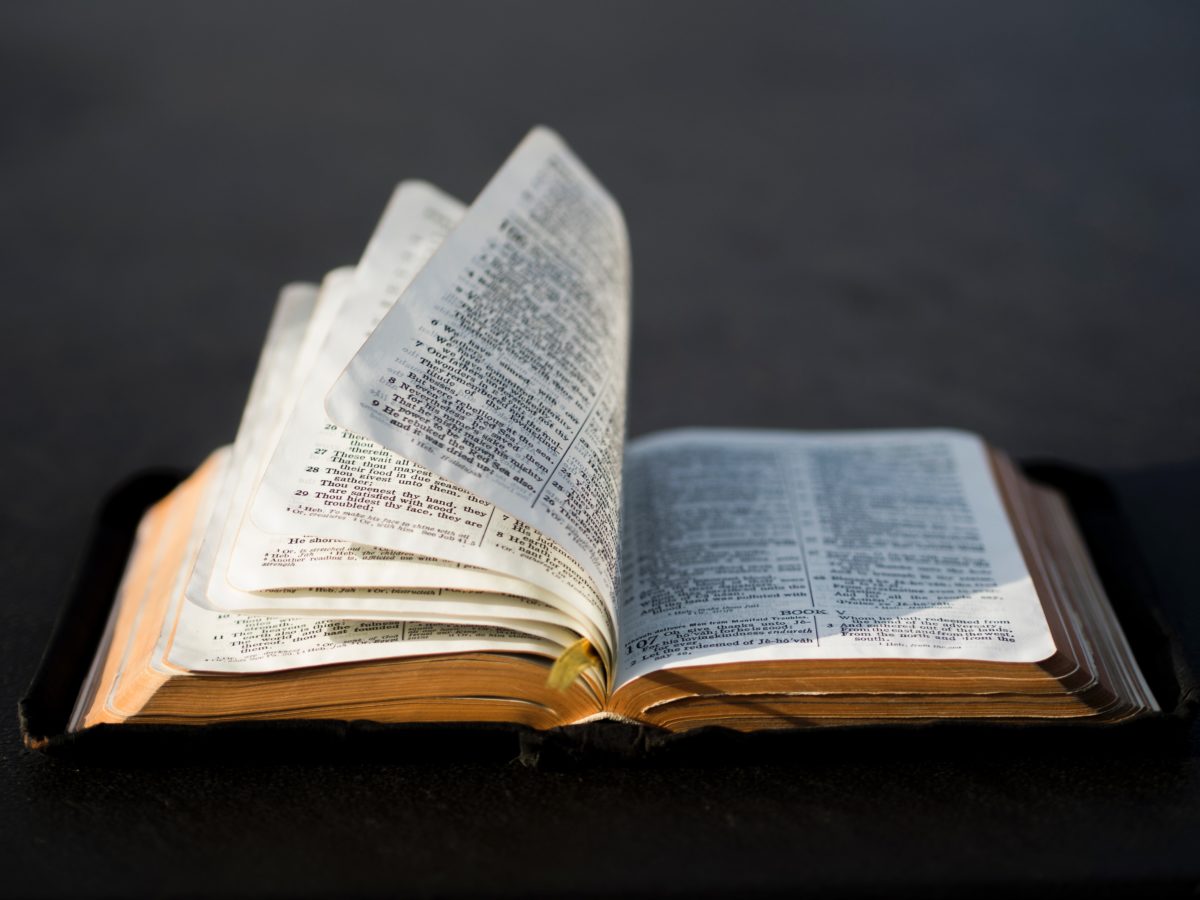 “And now in these final days, he has spoken to us through his Son. God promised everything to the Son as an inheritance, and through the Son he created the universe.” Hebrews 1:2 (NLT)

Big Idea: The Son of God is the ultimate revelation of God.

Our study through the New Testament in a year moves from Matthew, the gospel of fulfillment, to Hebrews, the letter of the supremacy of Jesus. I have put these together because they are both rich in Old Testament allusions, and help us see how God’s plan is the same from beginning to end (it also allows us to space the gospels out throughout the rest of the year). Everything in Israel’s religion and history pointed forward to Jesus. He supersedes and fulfills everything which went before. Hebrews is the book about moving beyond symbols and pictures into the heavenly reality, from shadow to substance. The Supremacy of the Son of God over everything else sings to us on each page.

In the Old Testament, God revealed Himself in many ways. He spoke through prophetic utterances, through visions and dreams. Even the laws and historical records of the Old Testament taught the people about who God is, by revealing what He values and what He opposes. All of these messengers revealed God’s identity truly, but incompletely. If a thumbnail sketch could never reveal a person in full detail, how could any writing or even an event really show us the fullness of the Almighty? But now, God has shown us who He is by sending His Son into our world. While the previous revelations were partial, this one is total because God Himself has arrived. This is true to such an extent that if we reject Jesus, we have rejected God (1 John 2:23). Jesus is God’s face pressed into creation, and it is only through Jesus that we can know God personally.

Hebrews 1 reveals several ways that Jesus reveals God. First, He is the one who made and sustains the entire cosmos (Hebrews 1:2-3). Second, He has purged our sins by His blood when He died on the cross as the innocent sacrifice and offered Himself up as our great high priest (Hebrews 1:3). Third, He lived a sinless life, choosing good and rejecting evil (Hebrews 1:9). Finally, He sits enthroned as the eternal King (Hebrews 1:10). God is powerful, loving, and holy, but those words alone could never give us the same clarity as His life revealed intimately and directly.

I do not know about you, but I know that I am often tempted to substitute the work of God for the God of the work. Sometimes, despite all of my orthodox theology about salvation by grace alone, I desire to get closer to God by what I do. But that proves to be a distraction. If we are going to find God, it will only be in the Son. If our work were more fully part of our worship, we might find ourselves accomplishing more that matters.

Discussion Idea: What does it mean for our theology of evangelism and discipleship that we can only know God because He has taken the initiative to reveal Himself?

Prayer Focus: Praise God for His humility in revealing Himself to us, and pray for the desire to know Him better.