The Right Way to Own a Ministry Mistake 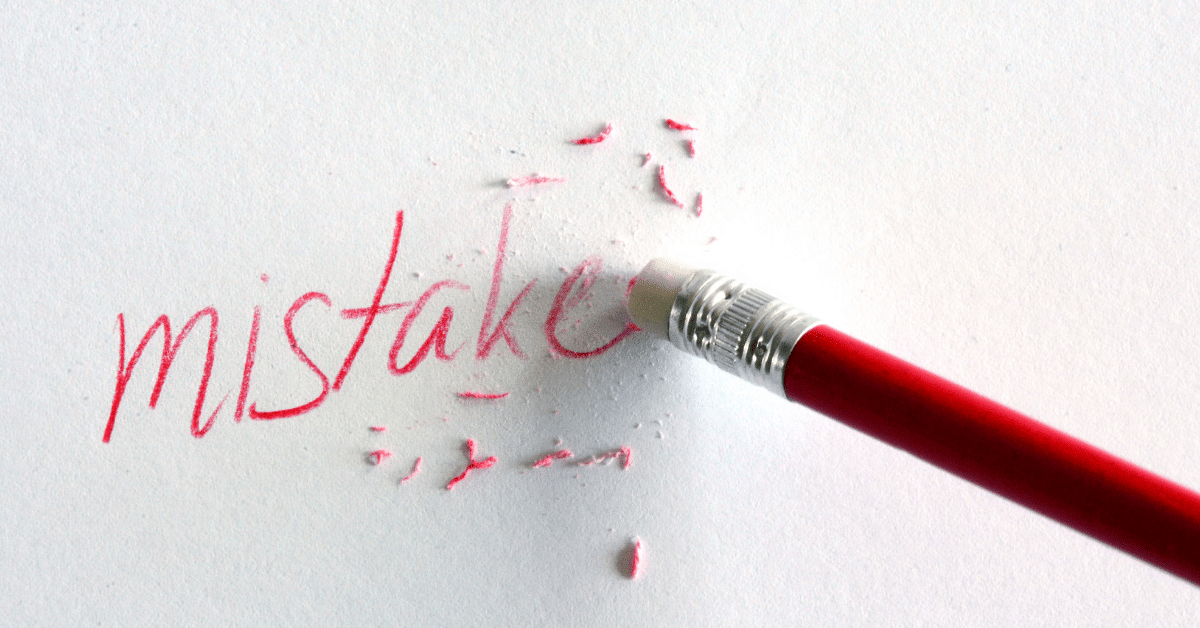 I struggle with mistakes. It’s not that I fear mistakes. On the leadership risk tolerance scale, I lean towards taking more risks. Messes, mistakes, and outright failures come with taking regular, calculated risks. My struggle is not the fear of making a mistake. My struggle is the responsibility of owning the mistake.

My desire to be right supersedes my desire to take risks. In other words, I’m fine with admitting failure so long as I don’t have to deal with the problems it can create. So my attitude ends up being something like, It didn’t work. Can we just move on now? In the zero-sum game of commodities trading, or in the fast-paced race of venture capital, such an attitude might be beneficial. In the church, however, you’re being selfish when you have this attitude.

Your mistakes—my mistakes—involve people. Time, resources, and energy were poured into whatever endeavor failed. The church placed hope into something you said would work. If a ministry initiative failed because of your leadership, then you need to own it. Owning a ministry mistake is more than simply admitting it happened. Even if there was no malice on your part, even if your heart was completely pure in motive, as a leader, you must take steps to own whatever ministry mistake occurred. The four steps below will help.

1. Apologize without an excuse. I’m sorry, but. . .  I’m sorry if. . .  I’m sorry, however. . .  All wrong! These statements aren’t apologies; they are political posturing. When you make a mistake, the first step to owning it is simply saying, “I’m sorry.” Also, only address the group affected. If your mistake involved three people, then apologize to them, not the whole church. Conversely, if your mistake affected the whole church, don’t just apologize to three people.

2. Briefly explain why. Most people in the church understand leaders make mistakes. You likely won’t get much sympathy, such is the nature of leadership, but if you explain yourself, then people will understand. After apologizing, explain your actions. But don’t camp there. When you explain too much, you sound—and likely are—defensive.

3. Offer a corrective path forward. Explaining why a mistake occurred is a backward perspective. This step is a forward perspective. Tell the affected group the safeguards you’re putting in place to help prevent future, similar mistakes.

4. Don’t dwell on it. Don’t look back. Move down the corrective path and don’t wallow in the past. Some may even bring up past mistakes. Once you’ve owned the mistake, however, it’s time to move on from it. When someone mentions the previous mistake, a simple “thank you” is all you need to say.

Obviously, mistakes come in varying degrees. Taking a big risk with 25% of the church budget is completely different than trying something small with a few people. Making the same mistake five times is different than making a mistake once. The degree to which you apologize, explain why, and offer a corrective path is proportional to the size and frequency of the mistake. Don’t be afraid to take risks. Don’t be afraid of making a mistake. It will happen. You just need to own it as a church leader.