I had no idea he was a former pastor.

“I am out of the pastorate,” he responded. “And I have no plans to ever go back.”

From my perspective, this man would have been one of the least likely to leave the pastorate. Not only did he leave, he is adamant he will not return.

LifeWay Research recently released a study about pastors who left the pastorate before they were retirement age. You can read more about the study here, but I want us to look at six key issues from the study that are vitally important.

How do we respond to these issues? How can we be greater supporters of our pastors and staff so they don’t feel like they have to leave the church? Let me hear your thoughts. 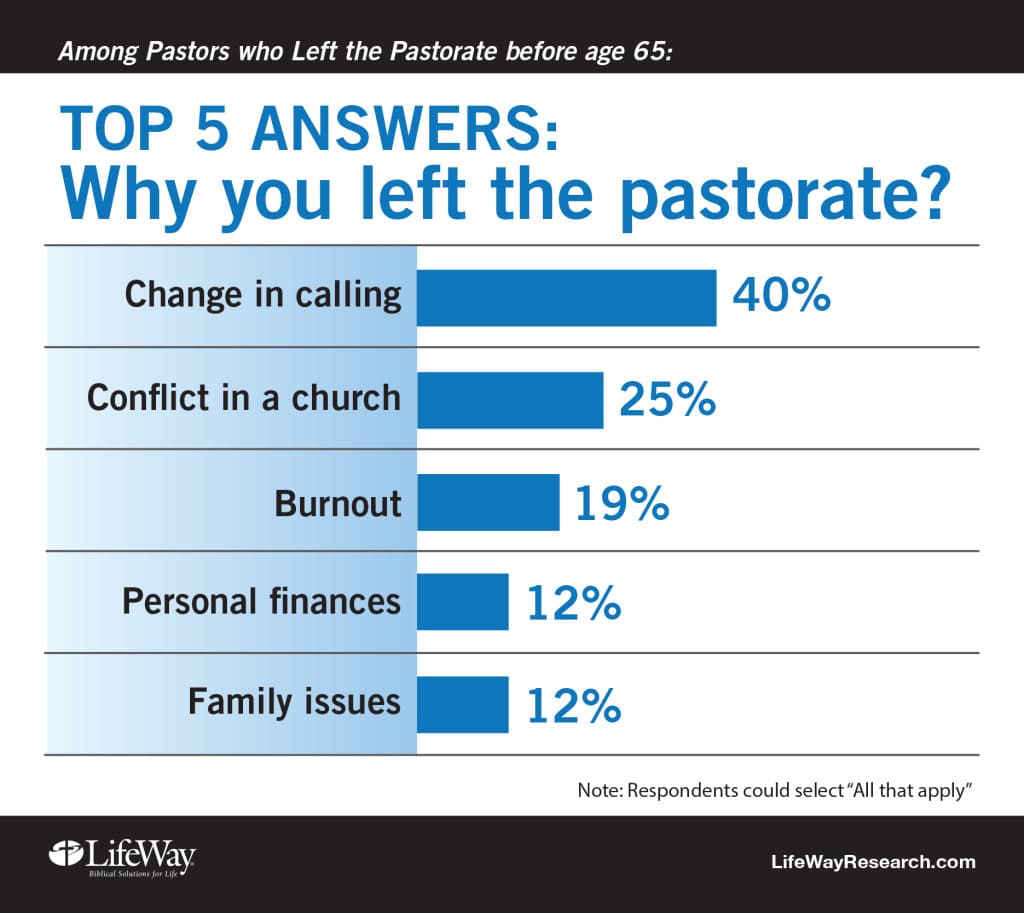 The online survey of former senior pastors was conducted Aug. 11-Oct. 2, 2015. The sample lists were provided by four Protestant denominations: Assemblies of God, Church of the Nazarene, The Lutheran Church—Missouri Synod, and Southern Baptist Convention. Each survey was completed by an individual who has served as a senior (or sole) pastor but stopped serving as senior pastor prior to age 65. The completed sample is 734 former pastors. The study was sponsored by the North American Mission Board and Richard Dockins, M.D.